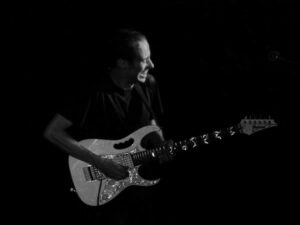 Pierpaolo Buzzi approaches electric guitar in the late 80’s at the age of 13. He graduates in musicology at Bologna University in 2001. Between 2008 and 2010, Pierpaolo releases two albums with melodic hard rock bands Borgogna and Homerun, both distributed throughout Europe, USA and Japan. He currently works as a guitar teacher and he is the lead vocalist and guitarist in the band C’morra.

Find me at: www.facebook.com