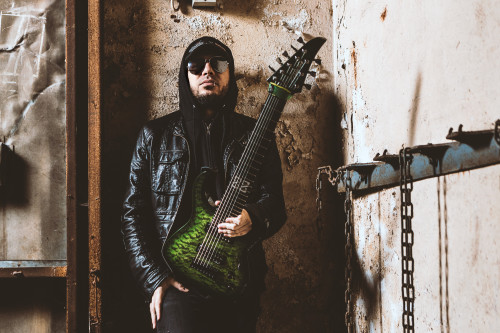 Demetrio “Dimitry” Scopelliti was  born in Vercelli, Italy on the 23rd February 1980.

He starts playing the guitar at the age of 13 and after a couple of years of practice he founded the group Arcadia, with this band he tours the entire world in the following 20 years.

After graduating at the European Music College in Milan, Italy, he releases his first album Evolution in 2008, Codex Magika in 2012 and the full length album “The Art of Complications” in 2016, plus several other records under different names and music shapes..

Beside composing, producing and touring the world Dimitry is a guitar instructor in different schools in Norway where he lives nowadays.

He’s currently working on his 4th solo album “The Silent Watcher” which will be released by the end of 2018.